Video has emerged of “Jared from Oregon” pranking the Bidens with a “Merry Christmas and Let’s Go Brandon!” greeting in a call to the White House on Christmas Eve. Watch:

The dad’s phone call was made to the Biden at their Santa-tracking event for NORAD. Watch the flip side of the phone call:

“Merry Christmas and let’s go Brandon,” the dad said as he signed off.

The dad who made the call was reported to be one “Jared from Oregon.”

The reaction by the First Lady to the “Let’s Go Brandon” phrase was the best part of the Christmas gag gift.

“Jill Biden, seated next to her husband on a couch in the White House-adjacent Eisenhower Executive Office Building, did seem aware of the meaning and gave an awkward chuckle before rolling her eyes,” the Post noted.

“Moments earlier, the father told the president his 2-year-old daughter Penelope would be happy with any presents from Santa and the president urged the family’s children to go to bed by 9 p.m.,” according to the pool report.

The stunt is may only be matched by an event in September where children wore T-shirts supporting Donald Trump while posing for a pic with Biden.

While in Shanksville with Jill Biden to commemorate the heroism of Flight 93, Biden couldn’t resist a quick photo-op with the kids.

This is even more humiliating than him getting booed at the WTC memorial pic.twitter.com/n51vIiieN4

“This is even more humiliating than him getting booed at the WTC memorial,” Human Events senior editor Jack Posobiec noted.

There is a lot going on in this photo. These three heroes were in on the epic Trump ‘photo bomb.’ 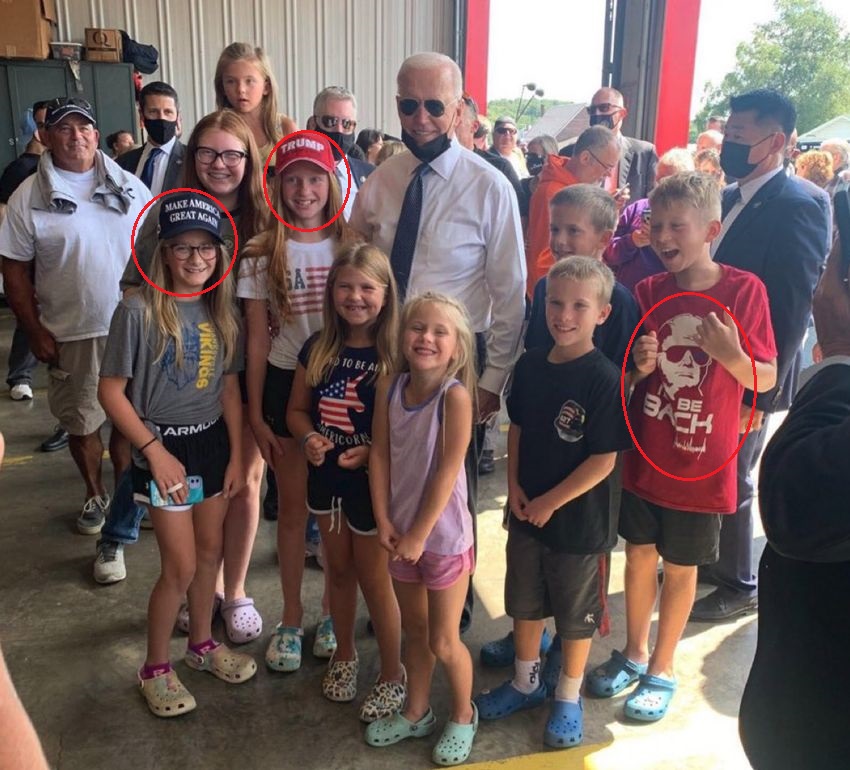 This young lady was the most direct. Her bright red hat says simply: “Trump.” 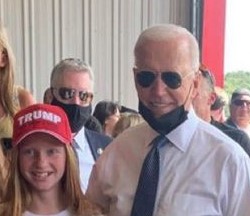 Then there was a bit sneakier troll with the blue lid that said “Make America Great Again.” 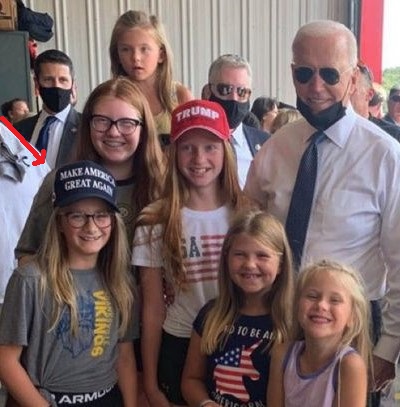 But of course, the funniest gear goes to this young lad, who went with the Trump-themed “I’ll Be Back” T-shirt. 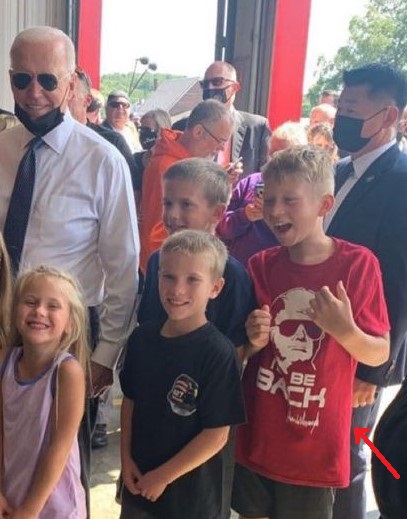 Lest you refuse to believe that this cannot be real, here is another angle. 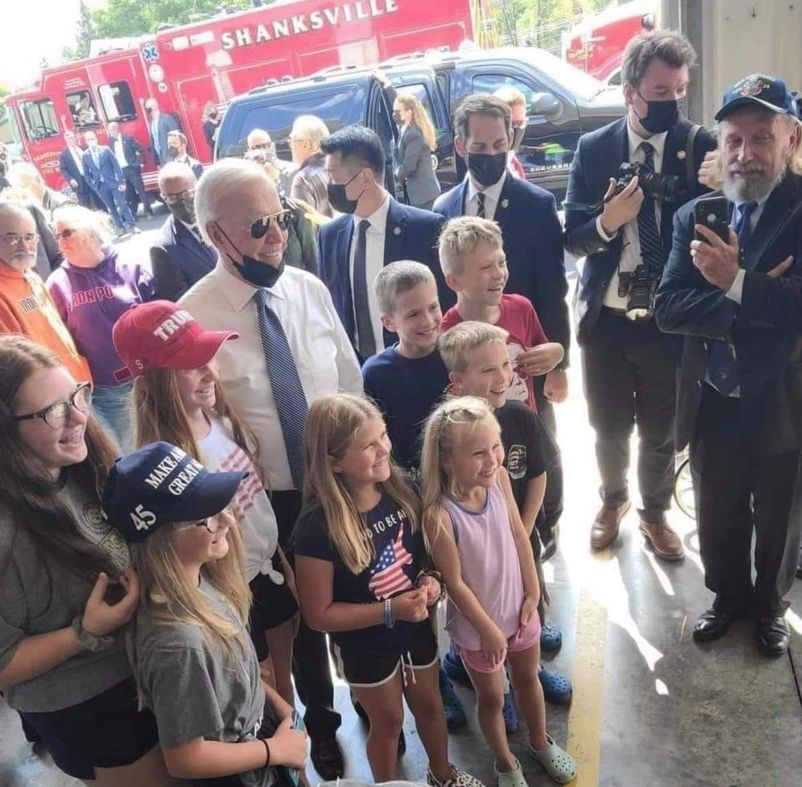 Poor Joe Biden. He can’t even get a break from Americans making jokes at his expense at 9/11 events or on Christmas Eve. Very strange for a president whom we are told got the most votes in American history.

The Wildfire Newsletter is a free and paid subscription service provided by independent journalist Kyle Becker. Never miss an issue!

This story syndicated with permission from Trending Politics