As Biden continues to hint at a 2024 re-election bid, new polls show that he should probably sit this one out.

In a hypothetical rematch with President Trump, Biden gets trounced in the great state of Iowa. In fact, Trump has an early 11 point lead in the Hawkeye State according to a recent poll.

“The poll comes as Biden’s approval rating among Iowans sits near its lowest ebb since he took office in January. Meanwhile, Iowans view Trump more favorably than they did while he was in office, according to a September Iowa Poll,” they add.

According to the report, Trump’s big lead comes from increasing support from independents.

“Biden wins support among 95% of Democrats — slightly better than the 91% Trump earns among Republicans. But independents favor Trump by 8 percentage points, 45% to 37%,” they add.

Look at this chart below: 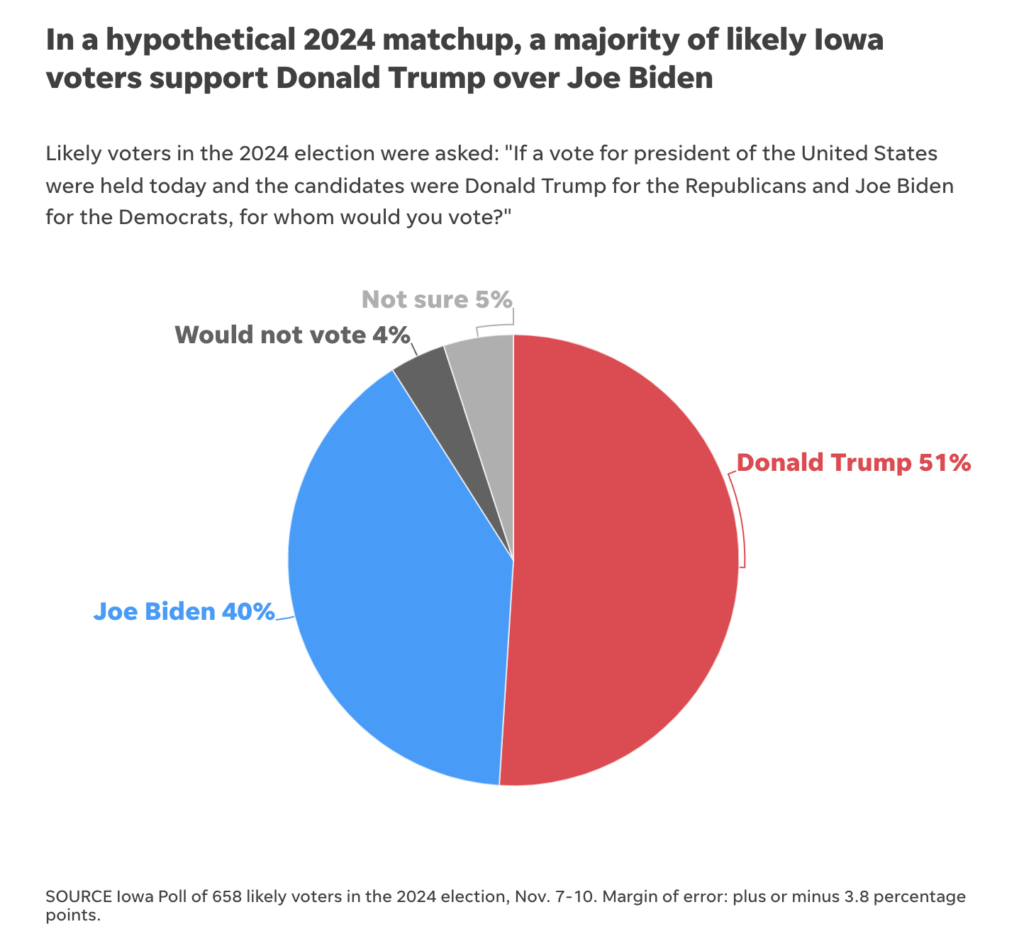 Listen to this audio clip from a press gaggle earlier today:

Edward Snowden shared his displeasure over the thought of a Trump-Biden 2024 rematch:

Only time will tell, but things are looking terrible for Democrats.

This story syndicated with permission from Clayton Keirns – Trending Politics

Watch: Brandon's So Terrible that Even NBC Is Tearing into Him
Awesome: Trump is More Admired than Brandon or the Pope
Bannon Accuses the Feds of Snooping on One of His Lawyers in Explosive Court Filing
Watch: Rand Paul Vows to Hold Fauci Accountable after GOP Victory