Big tech giants are using AI to censor and control what you are able to see, read and discuss online.

Similar to what human editors are doing on Facebook, Twitter ETC, radicals who have been empowered to block or tag information they subjectively don’t like, are increasingly stopping the flow of information through the Internet.

Using Artificial Intelligence and even a pajama boy in his mom’s basement, websites like Infowars and The Gateway Pundit are having their content links blocked by the carriers.

T-Mobile has joined other big tech companies by censoring what content they will allow being included in texts. Links appear to be sent to a family member or friend but the recipient will not receive any texts containing censored links. Those to who the texts were sent don’t know the links were removed.

A Gateway Pundit reader “Mark from Louisiana” sent them an email on Friday:

Hi. I live in Louisiana but I have a 949 area code phone from when I lived in California. When I try sending a text with your website link in it, the link does not go through to my friends and family. My sister is in the 225 area code and she can send the link to me without it being blocked. Just thought I would let you know. Thanks. Mark

Gateway Pundit asked Mark to send us more information and this is what he sent back.

Hi Jim. In one of the screenshots, you can see where my sister tried to send me your website link four times but I never got it. The other two screenshots it shows me sending a link to one of your articles, that’s the one with the picture of the fox in it. In the other screenshot from my sister it shows that she never received the link. The text message it still has the fox in it. I hope this helps. But what I realized is it’s actually just my boost T-Mobile carrier that’s blocking your links. I have a friend in the 949 area code and he was able to send it to his wife, however, I can only receive it in a group text. Let me know if you have any more questions. Thanks. Mark. 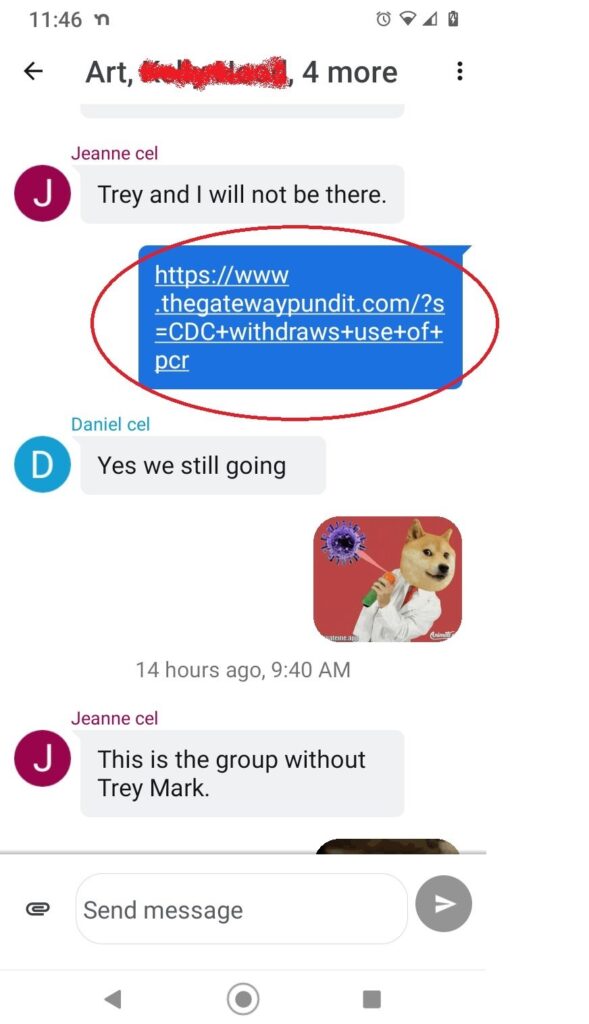 And here is what she received. The Gateway Pundit link has been “disappeared.”

I am on the Sprint network and have to get a new phone to transition to the T-Mobile network. But the phone I texted recently went on the T-Mobile network; we live in the 757 area code in Virginia. And as you can see the link I sent to the article did not go through. It should be there right before the text that did which just said Test. 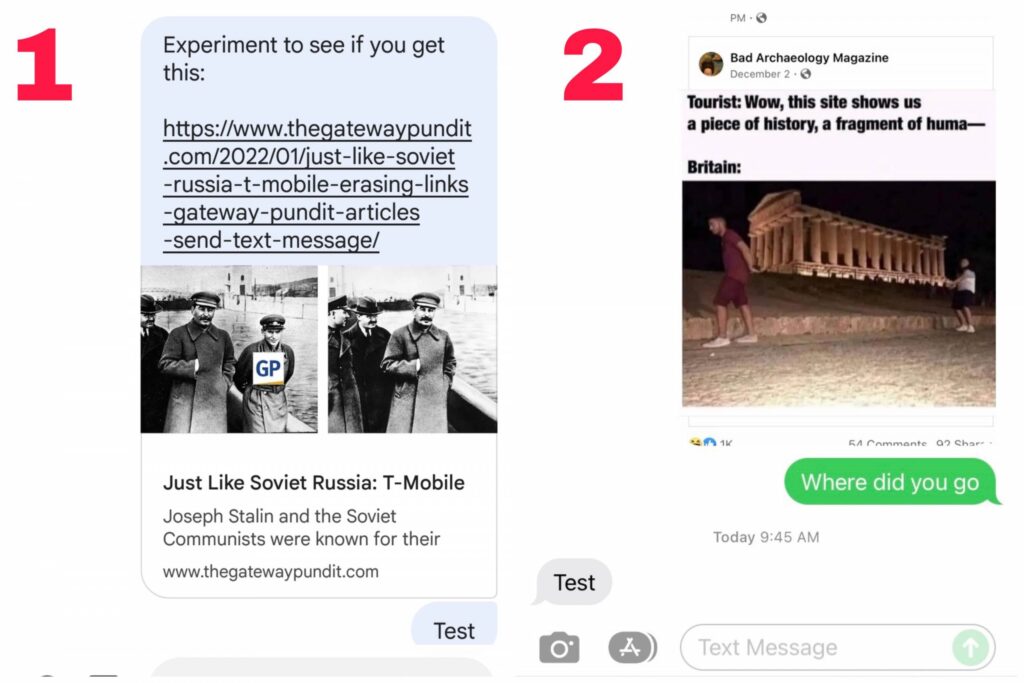 A Gateway Pundit reader recently reached out to T-mobile through chat support and was sent a link to a Reuters article discussing an FCC decision on censoring texts. The decision was actually meant to stop robotexts and spam messages, not individual texts. The customer service representative admitted that the carrier has been censoring websites via the transmission of text messages.

According to TGP reader Nathan, when he pointed out that the decision from FCC was not meant for individual texts, a T-mobile rep defended and admitted that they could censor for other reasons as well. The rep also admitted that other mobile networks are censoring our text messages as well.

Here’s the transcript from their chat:

This is unacceptable and the reason why hundreds of thousands of cell customers have switched to patriotic companies like Patriot Mobile or PureTalk.