Fighting Floridian – Gov. DeSantis Criticizes ‘Faucism’: ‘We Are Going to Protect Your Freedom to Make Your Decisions’

Gov. Ron DeSantis (R) is known for talking off the cuff, which like former President Donald Trump, adds comments based on their content comprehension, enriching what was going to be a canned presentation.

On Tuesday Governor De Santis while speaking from Oldsmar, Florida, criticized “Faucism” in the reported surge of the COVID-19 variant, Omicron, promising Florida will continue to “protect your freedom to make your decisions.”

DeSantis briefly mentioned the emergence of the Omicron variant of the virus and the market’s initial reaction to the news, noting it was not fearful of the virus, but rather “fearful that governments would do destructive things in response to Omicron.”

“And I have no problem if somebody is — if they’re scared of Omicron and they want to lock down or they want to isolate, that is absolutely their decision in a free society. But you don’t impose Faucism on the whole country or on the whole state. It’s wrong,” he said to applause.

Mr. DeSantis highlighted Florida’s response to the Delta variant over the summer and the success it had, including the setting up of dozens of treatment facilities for monoclonal antibodies.

“And guess what, in the last two months, we have the lowest or one of the lowest COVID rates in the entire country, in Florida. We have one of the lowest hospitalization census. … The last I looked, we had to the lowest percentage in ICU of anywhere, and you see it surging in other parts,” he said, noting that even Fauci admitted that virus will not suddenly disappear.

“It’s not like you lockdown and it will just go away,” he said 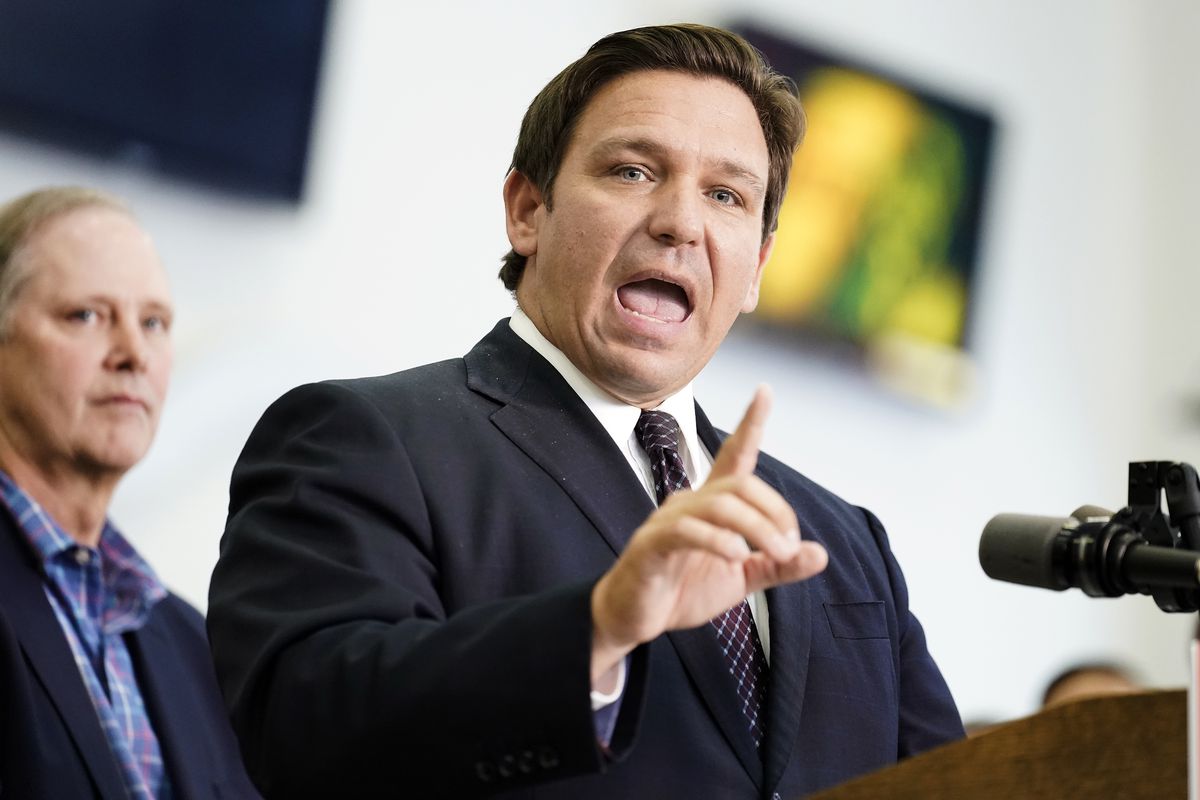 If all the conservative governors would follow suit, Americans would have multiple states to visit, instead of Florida, Texas, and a few others, who protect their citizens from COVID while simultaneously ensuring individual Constitutional freedoms are defended for all.

Speaking during a press conference in Spain about what’s happening with “abortion access” and what he thinks the government should do to protect them, President… Read More »BREAKING: Slow Joe Escalates Abortion Fight Dramatically, Calls for Major Legislative Nuking of Precedent to Get Roe Legislation Passed

“Enough Is Enough”: Businesses Flee This Woke City as It Turns into Crime Hellhole

What’s the worst city in America right now? LA and San Francisco in Gavin Newsom’s California are both disasters, with homeless people on the sidewalks… Read More »“Enough Is Enough”: Businesses Flee This Woke City as It Turns into Crime Hellhole

Veterans seeking jobs in state employment just won a major victory in the courts, with the cour ruling 5 to 4 in the Torres v.… Read More »YUGE: SCOTUS Hands Job-Seeking Veterans a Major Victory