Share to Support
Home Great Quotes "Accuse the Other Side of that which You are Guilty": The Democrat...
Great QuotesPolitics

“Accuse the Other Side of that which You are Guilty”: The Democrat Strategy

Why the Democrat Strategy Has Obviously Been, and Still Is, to “Accuse the other side of that which you are guilty”

The quote that this post is based on comes from Saul Alinsky’s Rules for Radicals, which Andrew Breitbart describes well in Righteous Indignation. In that book, one of Alinsky’s key pieces of advice to his readers was for them to “Accuse the other side of that which you are guilty” (he might have gotten that from Goebells, who the quote is also attributed to). That meant, for example, to call the right the side that was fascist and hated free speech when, in reality, the left is the fascist side and wants to shut down free speech.

Despite my hatred of Alinsky and his worldview, I will fully admit that it is good advice to “Accuse the other side of that which you are guilty.” If you’re the type of sociopath that would make Machiavelli’s ideal prince, then, perhaps, you could follow that advice to the letter and use it to your advantage. The Democrats certainly have.

Remember your ancestors, those brave Founding Fathers that made America a free and independent nation! Honor and emulate them by resisting the Deep State, which is full of people that know to “accuse the other side of that which you are guilty,” like it’s 1776! Buy one here: https://teespring.com/get-the-spirit-of-76

However, most of us are not. Lying frequently about the intentions of the other side is not something that comes naturally to most conservatives, as we are honest people and want to fight the culture war in an honest manner. So, if we cannot follow Alinsky’s advice to “accuse the other side of that which you are guilty,” we should do the next best thing, which is to point out when the other side does so.

In this article, I will cover four of the recent examples of how Democrats are following Alinsky’s advice to “Accuse the other side of that which you are guilty.” Those are:

Want to view this article ad-free? Then become a Patreon Patron for only $3 a month and view new articles ad-free on Patreon! Become one here: Patreon Donation Link 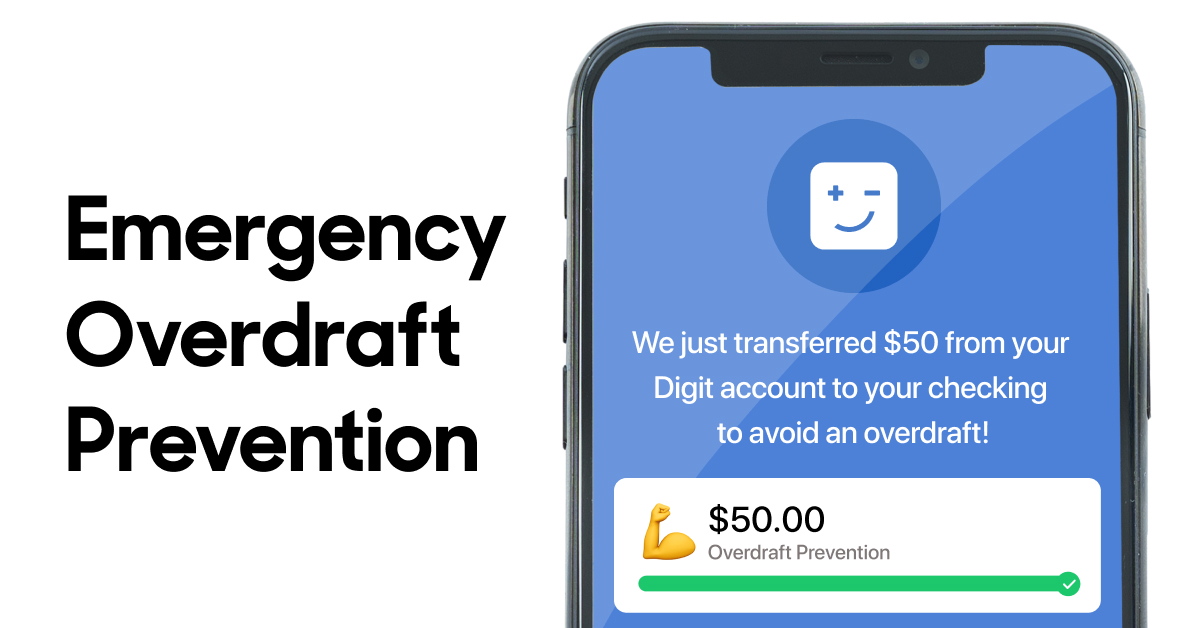 If there were ever an organization that perfectly captured Alinsky’s call to “Accuse the other side of that which you are guilty,” it would be Antifa. The simple fact is, Antifa is a fascist organization. It’s black-shirted thugs act just like Mussolini’s Blackshirts or Hitler’s Brownshirts. They smash shop windows if they have the slightest concern that the store owner is not a radical leftist, they attack their political enemies, and they are attempting to shut down free speech.

Yet they claim to be “anti-fascist.” They claim that Republicans are the real fascists and that it is, therefore, their duty to fight against us. Remember the call to “punch a Nazi,” which basically meant that it is okay to violently attack conservatives?

In recent months and years, we have seen Antifa chase down and beat up conservative students, loot stores owned by conservatives and independents, threaten speakers and cause chaos so that conservative speakers cannot speak on campuses, rewrite the English language to their advantage, and use race as a wedge issues to divide Americans.

Meanwhile, Republicans never violently protest or riot (Richard Spencer is a Democrat, after all), don’t attack the stores of those with whom we disagree, and listen to and respectfully disagree with many of the speakers brought to college campuses.

Only one side is violent, and it is the Antifa side. The Democrat side.

Yet, whenever you see something about unrest in the news, whenever a Democrat talks about the unrest in America, all that is brought up is “right-wing violence.” Despite the obvious fact that Antifa is the group responsible for causing the violence, Democrats and fake-news media personalities continue to blame conservatives for any violence and unrest in America. If that’s not following Alinsky’s call to “Accuse the other side of that which you are guilty,” then I don’t know what is.

The next best example of Democrats deciding to “Accuse the other side of that which you are guilty,” is their focus on corruption. They claim Trump has some secret, nefarious bank account (in reality it is closed, not a secret, and never used). They claim that his children are profiting off of his office and act like Trump’s properties are driving his foreign policy decisions. And, most egregiously, they falsely accused him of trying to bribe Ukraine to dig up dirt on Biden and investigate him. That is what they impeached him for, and it was completely made up.

Of course, as you’d expect by the fact that Democrats have decided to “Accuse the other side of that which you are guilty,” it is really Biden that is corrupt. The Biden Crime Family has business dealings from Ukraine to China, all of which involved Hunter doing nothing other than cashing in on his dad’s name and Biden going along with it.

Worst of all, Biden actually did something in Ukraine similar to what the Democrats falsely accused Trump of. After Hunter received tens of thousands of dollars from Burisma, Biden used his power as VP to pressure Ukraine to fire a prosecutor that was looking into Burisma for corruption, then bragged about it! That video is below.

So, once again, we can see that, with Joe Biden, Democrats have decided to “Accuse the other side of that which you are guilty.” They accuse Trump of every form of corruption imaginable. From his real estate properties to his company’s activities, they have accused him and his son of cashing in big time, despite the fact that there is no evidence he did so.

Biden, on the other hand, has done exactly that. His family took money from Ukraine and China. He used his position to get choice properties in Delaware for rock-bottom prices. And he’s been associated with various other corruption schemes over the years. Biden is corrupt, not Trump. Democrats are just misdirecting you and following Alinsky’s advice. Example 3: Democrats Accuse Republicans of Being Un-American, but They are Really Un-American

The third example of how Democrats are using Alinsky’s advice to “Accuse the other side of that which you are guilty” relates to what policies they support.

Quite frequently, they accuse Republicans of being un-American. Despite starting most of our wars, they accuse us of being war hawks. Despite their support of controls on free speech, especially “hate speech,” they accuse us of wanting to limit freedom of speech. They claim that our refusal to support abortion is, for some reason, un-American; as if not wanting to kill babies means you stand against the Founding Fathers. And, of course, there is the 1619 Project, the explicitly anti-American history project that Democrats support whereas Republicans support the patriotic 1776 Commission.

On most issues, Democrats are un-American. They want to erase our history and hate our Founding Fathers. They want to limit free speech. They want to disregard Washington’s advice to avoid foreign entanglements and instead get us involved in endless and varied wars around the globe. And, of course, they support socialism, which is an evil, explicitly anti-American ideology.

But, because the media and Democrats are not only intertwined but also following Saul Alinsky’s advice to “Accuse the other side of that which you are guilty,” you’ll never hear about that. They’ll just keep accusing Republicans of being un-American so that voters can’t learn the truth and don’t know what to believe.

There’s one final issue that we need to fight against more than any other, and it especially relates to the anti-American issue. Democrats claim that Republicans are racists. They say all of America is systemically racist and that President Trump is a horrible, evil, racist man (that’s completely wrong).

As with everything else, that is another lie and example of how Democrats are following Saul Alinsky’s advice to “Accuse the other side of that which you are guilty.”

That’s because the left is the real ideology of racism. It supports the racist abortion regime and policies of soft bigotry, such as Affirmative Action.

America as a nation is not racist. White privilege does not exist. But, progressivism is a racist ideology, as Jonah Goldberg wrote about in Liberal Fascism.

We Republicans need to, at the very least, start standing up against that. Fight against their constant lies and misleading statements. Don’t let them convince the world that we are the bad guys.

If you liked this article on the left’s attempts to “Accuse the other side of that which you are guilty,” then please consider leaving a tip through PayPal to help support the site and support a young conservative!

The Roberts Court Must Change Direction John Roberts, when he was nominated to the Supreme Court, was one of the leading members of the Supreme...
Read more
Politics

What’s Next For Us? A Fulmination Against Our Current Situation

What's next for America and the world?  That is a good question and if anyone thinks they have the correct answers you can stop me...
Read more
Politics

What Is Liberty? The Right to Do What You Ought

Review of Things That Matter by Charles Krauthammer

Freedom vs. Liberty: How Subtle Differences Between These Two Big Ideas Changed Our World

Putting Men in Women’s Sports is a Terrible Idea

18 Conservative Companies to Buy From and Support

The Fauci-China Connection and Its Dangers

Trump is Winning Election Lawsuits. Adjudicated Ones Have Gone 2:1 in His Favor

Boycott Big Tech: The Best Way for Conservatives to Fight Back

The SEC is Protecting the Oligarchs

A Terrific Candace Owens Quote on the Chinese Flu Lockdown

The Return of Morals and Intelligence

Gen Z Conservative is your one stop site for news, political commentary, explorations of history and great men, and commentary on American Culture! Leave us a news tip with the email below!